A Gift of the Gaithers


The college years are special no matter how you look at them.

For many students, going to college means leaving home for the first time, meeting their first serious girlfriend or boyfriend, or getting their first taste of real independence.  The college years represent the promise of a successful future. They’re filled with hard work, new ideas, exciting events and the type of friends you keep for life.

For Sean, a 22-year-old, third-year Shepherds College student, they also turned out to be a time when a childhood dream was realized – he got the chance to see the Gaithers in concert for the first time!

Sean has been a southern gospel music fan since he’s been a little boy. The Gaithers are his favorite band and their song “It is Finished” is his favorite song. “They remind me of God and Heaven,” he said with a soft smile. “I like Bill Gaither the most.”

Imagine his excitement when Miss Pollard and Mrs. Cyr found out the Gaithers were going to be in town and arranged with Sean's parents for him to attend the show!

But his excitement didn't end here. As a result of some excellent communication from the teachers, Sean had another surprise coming –

Mrs. Cyr said, “Miss Pollard and I wrote a letter to the Gaithers explaining that Sean had purchased tickets and that he LOVED their music.  We talked about how much the Gaither’s music ministers to Sean and some of the other students at SC.  We asked if there was a meet-and-greet time when Sean could get autographs.  We also included a video of Sean’s reaction to finding out that he got to go to the concert.  They then e-mailed us back and said Sean could come backstage before the concert and meet Bill Gaither himself!”

On April 13th, Sean and his two awesome teachers drove to the Riverside Theater in Milwaukee prepared to experience an exceptional evening of music, worship, and meeting a childhood hero. 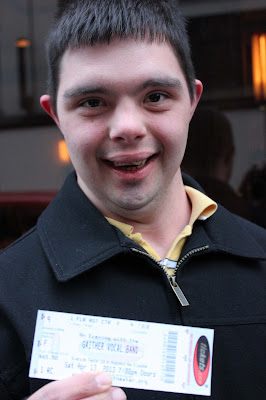 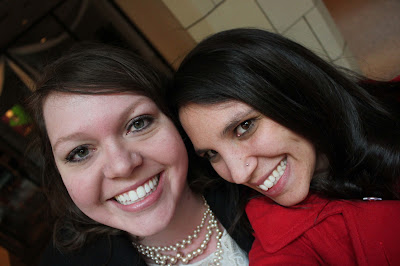 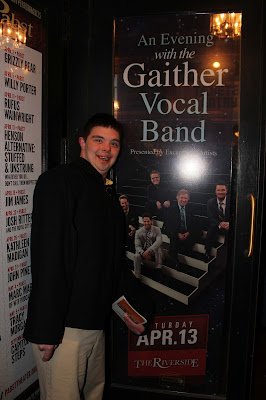 They arrived at the theater and met a woman named Deana at the sound booth. She took them backstage where Sean and his teachers were introduced to Bill Gaither. Bill signed autographs for Sean and gave him a signed group picture along with a Gaither Homecoming Magazine. Our little group of devoted fans also had their pictures taken with Bill. 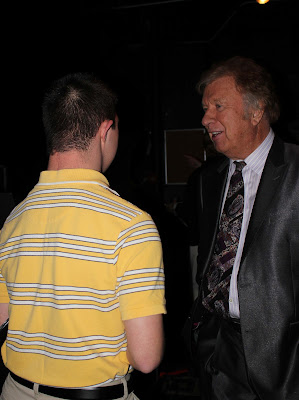 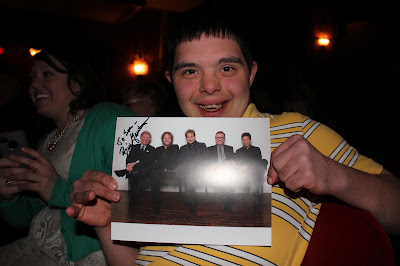 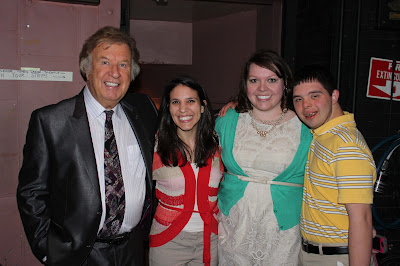 Then Sean did something that just blessed my marketer’s heart – he gave Bill a Shepherds College brochure and bookmark.

The concert was everything Sean hoped it would be… and more. 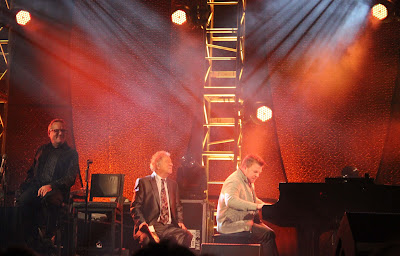 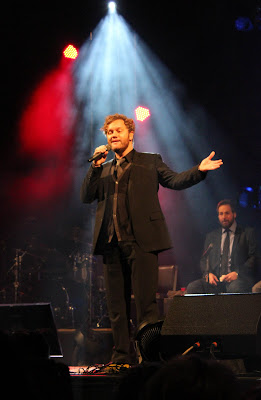 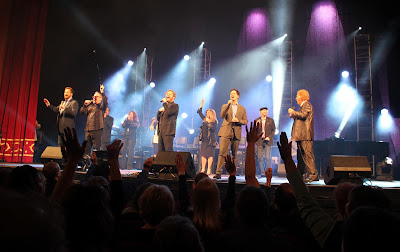 At one point during the concert, Michael English pointed at Sean while Mark Lowry spoke into the microphone,“We met a young man tonight. Sean, this song is dedicated to you.” And they sang “He Touched Me.” 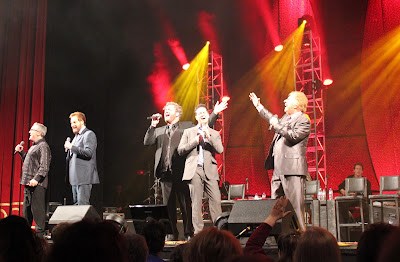 They called Sean to the stage where Mark leaned down to shake Sean’s hand. At the end of the concert, Bill called out, “We love you Sean!” 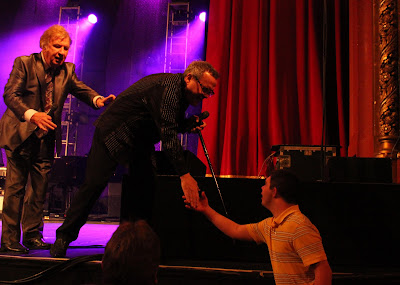 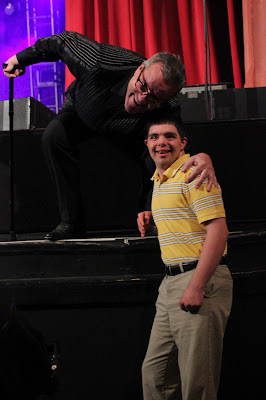 Other members of the audience greeted Sean after the concert and said, “Sean, you’re famous!!”

What an amazing evening! And what a blessed memory these gifted people gave to Sean with their thoughtful acts of kindness toward him.

I talked to Sean and Mrs. Cyr this week. I asked Sean if he learned anything new about God during this special concert. He said, “Their music taught me how to surrender my life to God.”

After Sean left the room, Mrs. Cyr shook her head and smiled gently, “We spend so much time teaching students to brush their teeth, take a shower, and show up on time for an internship, and yes, that’s important.  However, in light of eternity, it’s not what matters most.  What matters most is that students understand that Jesus died on the Cross for their sins and that they have accepted him as their eternal salvation.  Even if we don’t succeed in getting students to make their bed every day, but they know the significance of Christ on the Cross and have accepted Him as the one to pay for their sins, then we have succeeded, because that’s what truly matters”  … and Sean knows what truly matters. 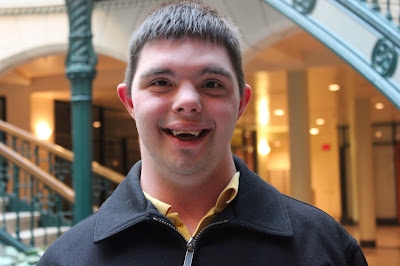 Shepherds College would like to extend a very special thank you to Bill Gaither, Mark Lowry, and everyone else involved in making this extraordinary evening possible for Sean. 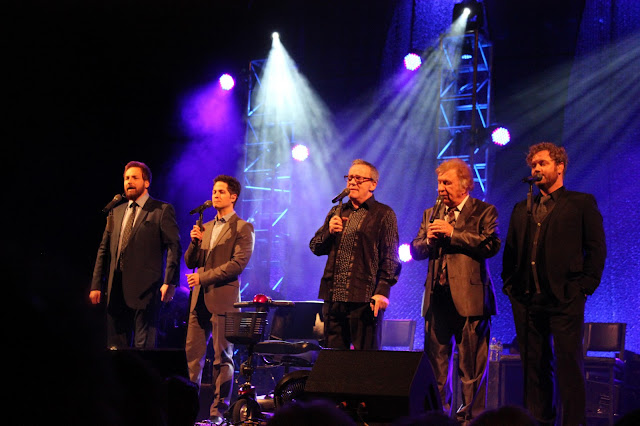 Shepherds College - Guiding Your Transition to Appropriate Independence. Please visit us at www.shepherdscollege.edu.
Posted by Shepherds Ministries at 3:30 PM

"Have you not known? Have you not heard? The everlasting God, the Lord, the Creator of the ends of the earth, neither faints nor is weary. His understanding is unsearchable.

He gives power to the weak, and to those who have no might He increases strength.

Even the youths shall faint and be weary, and the young men shall utterly fall,